Art & Power: art creativity and politics from Africa and the diaspora

Elections always raise hope for political change. October and November 2020 have made no exception, not mentioning the recent military coup and the progressive return to civilian rule in Mali. Guinea, Ivory Coast, Tanzania or the United States have all elected a new President or reappointed the outgoing one. Guinea hasn’t experienced much political stability since its independence. In Ivory Coast, Alassane Ouattara is about to secure an unprecedented third term as president since the adoption of the third constitution in 2000, "a sacrifice" in his words¹. The presidential mandate of John Magufuli's has been renewed for a second five-year term after Tanzanian elections marked by increased security and the arrestation of opposition leaders. These political transitions often imply a prologue and an aftermath in which the population lets its preferences and reaction heard, and in which (future) appointed leaders assume responsibility. 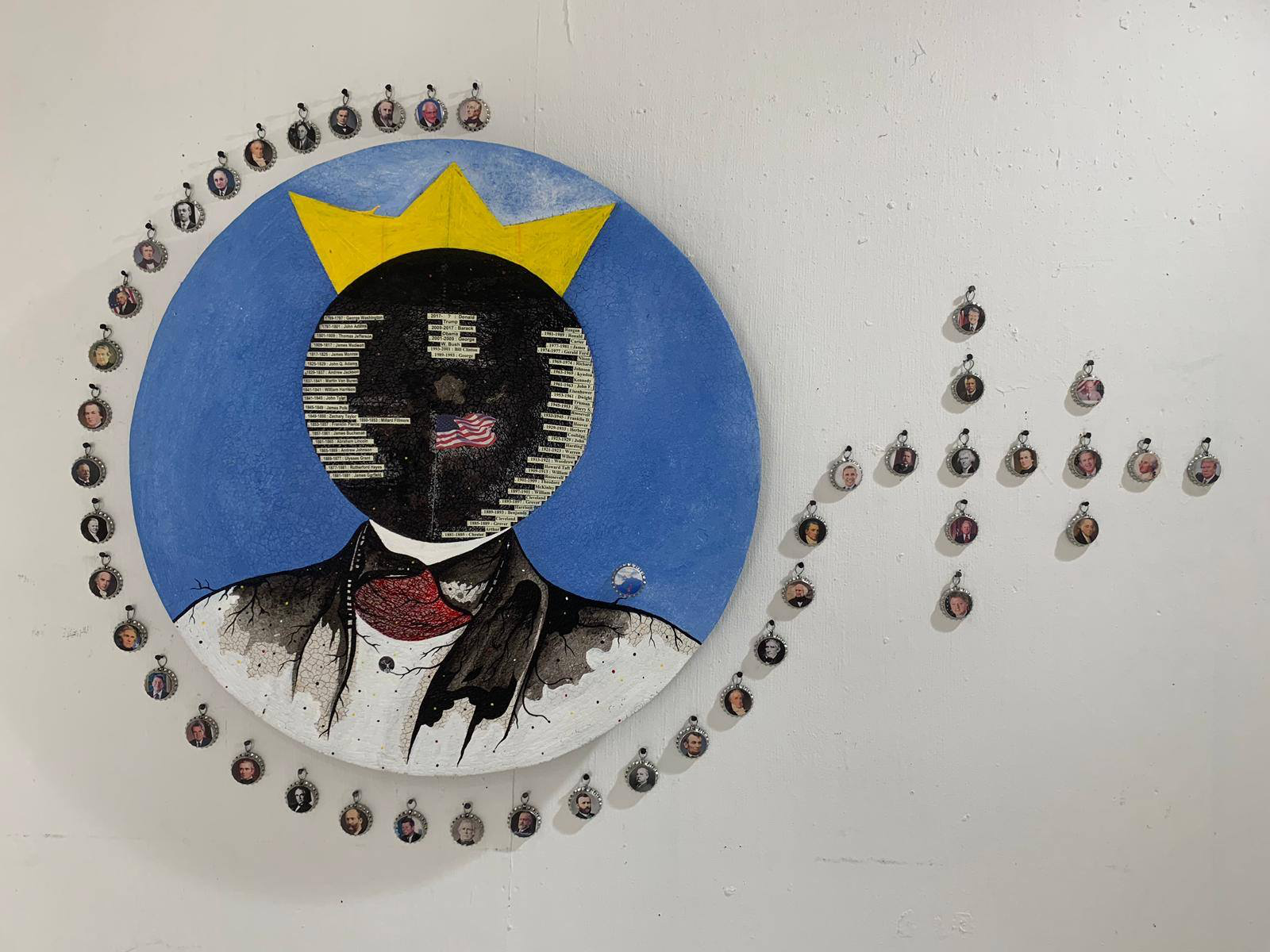 With blatant polls irregularities in some cases, or calls for boycott in other, some of these elections have tired our expectations whereas the United States should operate a much-awaited Democratic turn.

We have witnessed significant mobilizations over the past months, from the BLM worldwide movement to EndSARS protests in Nigeria. The street does not lie. The post-electoral climate in

Western Africa is equally worrying. The will, determination and courage to denounce injustices, the absence of public action, the violation of human rights or the lack of transparency is at a momentum. How have artists taken up these revendications? How has art reflected such unstable or transitory times? Art has always been a medium through which power could be conceptualised and criticised. In light of the relatively recent events in given African socio-political contexts, and how artists have addressed those in their work, we can outline several artistic approaches in this regard.

Political leaders or public figures hold a lot in our imagination, for the better or the worse. They are easily mocked or caricatured through social criticism. Symbols of power and authority, we hold them responsible and accountable for the fate of our nation-states. Turning them into ridicule is certainly a call to reassess our perception of them and the hitherto power that they convey.

Practicing at the intersection of painting, illustration, street art and pop culture, Bright Ackwerh's (Ghana) caricatures have offered unapologetic and rather amusing comments on African political leaders, their compliance to rising China, their greed or their leadership's lasting ties with colonial power. 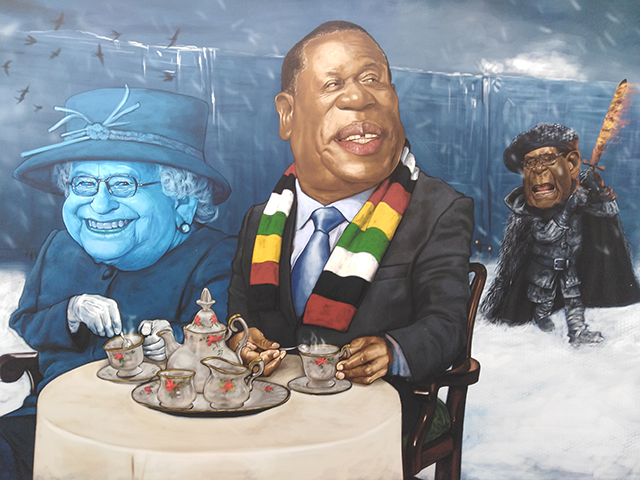 Beyond satire or straightforward socio-political critique – as noticeable in the genre of popular painting – visual interpretations of political leaders have also taken the form of thought-out and powerful portraits. As far as the notion of myth and colonial power relations are concerned, in his series It's my Kings (2012), Pathy Tshindele (DRC) makes an interesting visual amalgam that asks questions about western leaders' authoritative aura and worldwide influence. In his series of six paintings, Tshindele created portraits of international political leaders dressed (up) in traditional Kuba kings' dress. In drawing this superposition, he refers to the imbrication of traditional understandings of ruling with global representations of power. Presented online earlier this year by the gallery Magnin-A, the exhibition Figures de Pouvoir – i.e. Figures of Power – offers a relevant selection of artworks in this regard².

In presenting the exhibition We Need New Names at the National Gallery of Zimbabwe in Harare in 2017³ – coinciding with the deposing of Robert Mugabe –, Kudzanai Chiurai (Zimbabwe) gave an engaging and collective tone to his already political body of work. Chiurai has been adamant to shed light on the postcolonial nature of our social institutions and debunk the myth of the almighty (African) political leader so ingrained in our imaginaries. In fact, pointing to the patriarchal nature of public institutions, he stresses the need to rethink and reconceive the inherited colonial framework in which we think of power. Whether in his photographic series Dying To Be Men (2009), Revelations (2011) or Genesis (Je n'isi isi) (2016), Chiruai’s bold and intricate visual staging’s question the very foundations, structures and articulations of our political agency.

Do we essentially need new names? Are new names a guarantee of change? Isn’t such assumption part of the myth of democracy or political changeover? Change cannot solely rest on a leader’s shoulders. In visually outlining, reversing or playing with the tropes of global power (relations), contemporary artists remind us that real change entails a political consciousness that goes beyond patriarchal leadership, ethnicism and the legacy of colonial systems of governance. 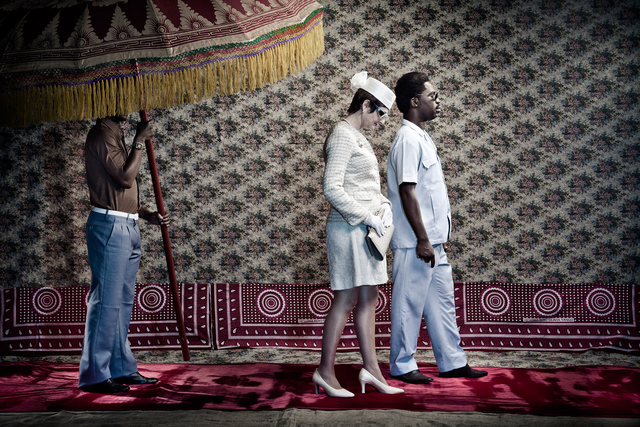 From a more abstract, yet pretty located perception, Chemutai Ng'ok's (Kenya) work bares the tension inherent to the notion of power. She is well aware that elections may trigger an atmosphere of tension. In most of her paintings, we observe more than one protagonist, allowing confrontation to occur within her compositions. Figures of public authority, soldiers or lawyers meet citizens or crowds in protest. Concerned with the states of mind and the actions that such electoral climate fosters, she captures these in a profound way. Chemutai Ng’ok is a Kenyan painter who pursued her art education in South Africa. Her journey is marked by the student-led protest movement FeesMustFall that spurred all around South Africa in 2015 and has triggered heated and much needed academic debates since then. This has led artists to deal with social pressing issues in their work and create with a certain degree of political consciousness. The tumultuous 2017 presidential elections in Kenya and their aftermath were also of high concern to her. Both events are characterised by violent repression, leaving marks on a young generation’s collective psyche. Her use of brush and color, the multitude of layers her work deploys, as well as her management of the canvas space confer motion to her paintings. As a result, a kind of universal socio-political agitation stand out from her compositions, see more. 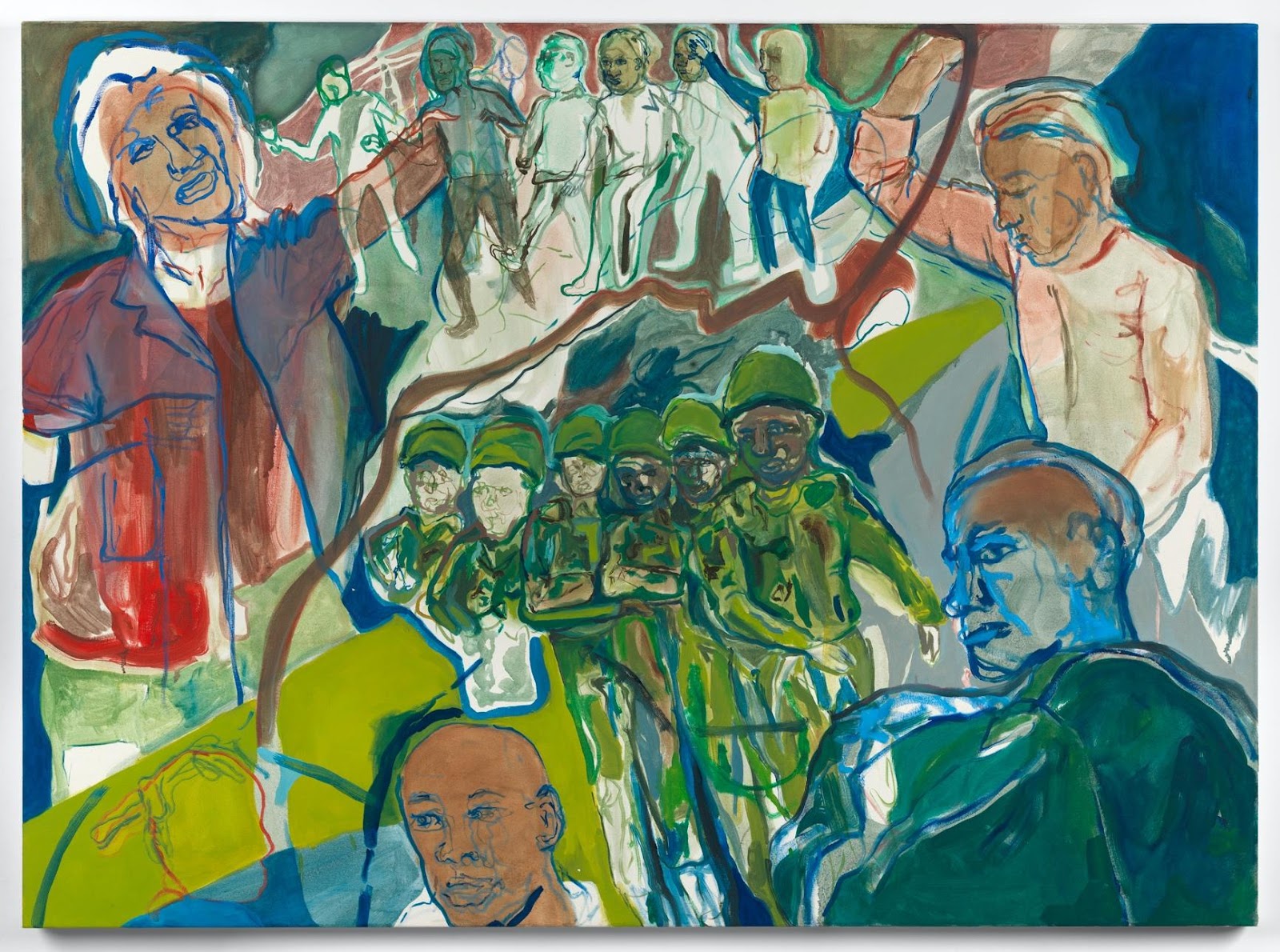 Another (creative) approach in the face of political transition or upheaval is documentation. Armed with a camera, photographers can or choose to find themselves at the heart of protesting movements. In 2015, following a contested decision of the Constitutional Court of Burundi, Pierre Nkurunziza is allowed to claim and secure a third term as President of the country. This has led to massive protest, the repression of free press and freedom of expression, and the exile of many thousands of people. Teddy Mazina (Burundi) is one of them. At that time, when the revolt was at a peak, he engaged in the visual reporting of those events, a hazardous adventure, a duty of memory. In such context, where photographers and artists take considerable risk to report and provide a window on such happenings, creation and engagement are literally making one. At a time when people’s demands are louder, sounds of protest and revolt are not mute to the image, see more.

There are thus various artistic approaches with which contemporary artists have addressed the exercise, the maintenance and the dynamics of power, and continue to do so. In some instances, their reflections go beyond mere critical portraiture or compositions, to truly take part, fuel and embrace civil protests, notably through documentary photography or performance. When thinking about contemporary African art in the 21st century, it will be increasingly characterised by the political, by a civic and political consciousness that is inherent to the act of creation and the resulting artwork. Whether such aspect is visually prevalent or induced in a work of art’s creative process or multitude of layers, contemporary African art can be seen as a field of critical debate and engagement, and mostly of new political and social formations.

Closing these lines, the duo Biden/Harris has officially been announced respectively new President and Vice-President of the United States of America. What comes next? In the hope to avoid escalating unrest and turmoil within the American community, action and reforms will follow. Barack Obama led his 2008 campaign with the slogan ‘Hope’. Joe Biden’s election certainly raise a lot of hope for change to the current socio-political situation in which the country finds itself. Only the future will tell. Whether from an American, African or international standpoint, contemporary artists will contribute to the future, putting their craft to the service of a renewing socio-political agency and mythology. 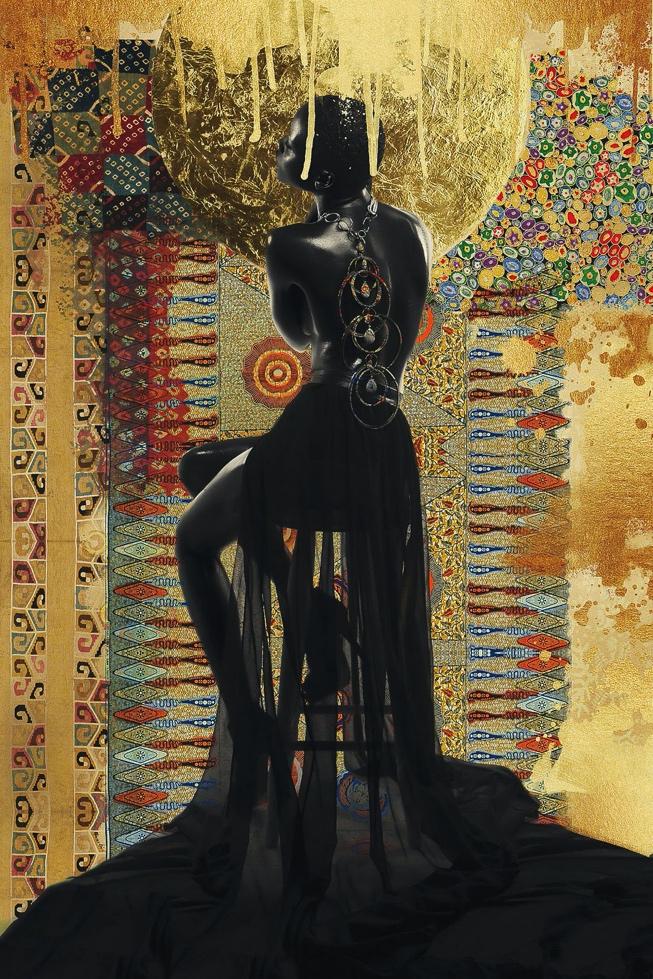