What does Blockchain mean for the African art market?

It is undeniable: online art sales continue to grow. According to the ‘Hiscox online art trade report 2018’, the amount of art bought online has shown consistent growth over the past five years, although admittedly the rate of growth has decreased[1]. This consistent increase in the online art market demonstrates that digital means of buying and selling art are becoming more prolific, thereby opening new modes of buying and selling to different demographics and countries, such as the growing wealthy class in Africa. However, the lull in the rate of growth reveals some reservations about the uncertain future of the online art market. This can largely be attributed to a recent surge of debate surrounding new modes of technology being introduced into the art industry, and the disagreement about what could result. Amongst these new technologies, blockchain appears to be the most divisive by far.

Blockchain is a decentralised digital ledger (a record that logs transactions), which means it is not run by a central, monopolising power, but is contributed to by anyone who has access to it. The data submitted is permanently and securely ‘stored in cryptographic blocks which are time-stamped and immutable’, meaning they are unable to be tampered with, and therefore reliable.[2] It is for these reasons that blockchain has frequently been hailed as the ‘silver bullet’ to solve all issues regarding the art world’s problems regarding transparency, accountability, authenticity, tracking of artworks (logistics), and more.[3] Whilst many examples of blockchain integration into the art world have been proposed, the two that could impact the buying and selling of art in Africa the most are the transparent recording of financial transactions, and the liquidation of the art market. 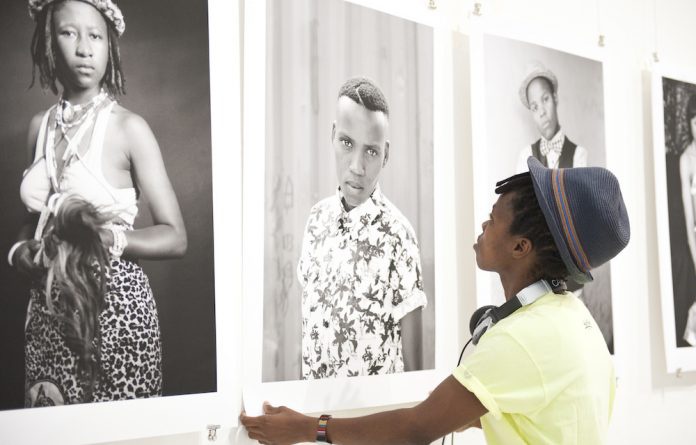 At the Christie’s ‘Art + Tech’ summit in 2018, reporter Malcolm Cossons observed that those most hesitant about blockchain integration were those who would suffer most from its benefits.[4] For decades, valuation and pricing in the traditional art market has relied on the judgement of an appraiser or art dealer. If a developed record of financial transactions for millions of artworks were documented on a ‘total registry’ blockchain—where all previous transactions and provenance concerning an artwork could be viewed by anybody—the appraiser would become redundant. As Anne Bracegirdle, photography specialist at Christies, stated in the ‘Art + Tech’ summit, with such a ‘total registry’ idea, ‘clients could understand the market themselves.’[5] This becomes a threat to many major players in the art market, particularly those in the higher end, who rely on the opaque nature of the industry for their success. Records of money laundering and tax evasion are prevalent in the upper end of the market, all of which would be exposed with blockchain technology. This exposure would crumble the concentration of power amongst older, male, Euro-American key players in the industry, thereby opening up the market to the younger generation, women, and non-Western countries, such as those in Africa.

This reveals what is arguably the most revolutionary aspect of the blockchain debate: its political quality. Indeed, ‘The Art Market 2.0: Blockchain and Financialisation in Visual Arts’ report, co-authored by students of the University of Oxford and the Alan Turing Institute, expresses that the best way to understand blockchain in its current stage of early development is to see it ‘not so much as a technology with specific attributes, but as a novel narrative or idea of how economic activities could be reorganised with the help of technology.’[6] Because of the radical transparency and democracy blockchain could offer, the authors of the report consider the potential dismantling of power relations in the art industry as more important and revolutionary than the technicalities of blockchain itself.

In terms of the buying and selling of art, this means that the market in general would become more transparent and more accessible, resulting in lower costs (especially as augmented margins for art dealers and galleries are revealed and discarded), and lowering the entry barrier for new buyers. This provides a good window for entry for art buyers in Africa. Having a transparent blockchain system rather than relying on the judgement of an appraiser would also instil more trust in new online buyers, 90% of whom stated that price transparency was a key consideration when making a purchase.[7]  This could re-galvanise the slowing growth rate of the online art market, as it could appease some of the concerns regarding the reliability of buying art digitally. Members of Africa’s rising wealthy class who were previously sceptical about developments in buying art online would also be appeased by the transparent prices, and feel more confident making their first forays of investment into the art sector.

Another major change blockchain could initiate in the art world is liquidation of the market. Blockchain-based digital ledger companies are believed to send art market liquidity (and consequently, value) skyrocketing, especially if fractional ownership of artworks becomes a new norm. For example, start-ups such as Maecenas, Look Lateral and Tend Swiss sell shares of a single artwork, which are then traded, much as a stock-market share might.[8] The shared cost of an artwork provides a low threshold for new collectors to enter the art market.[9] The partial ownership model completely changes the traditional method of how art is currently bought and sold, especially as the buyer would not be in actual possession of an artwork; they would not be able to hang it in their living room. There is therefore a caveat here: since art has an emotional and personal value in addition to its monetary value, the thought of not being in full ownership or proximity to an artwork that is bought could present a major resistance from established, experienced collectors. This thought is likely a major factor concerning the anxieties and resistance towards the implementation of blockchain technology in the art world, further explaining the slowing growth rate of the online art market.

Blockchain may perhaps be a standard of hope heralding a golden age of the art market to come. It flirts with the promise of a democratic, transparent, and streamlined art world. However, because of the uncertainty and anxiety surrounding it, most buyers are still leaning towards the traditional, incumbent players to make their purchases. As traditional, big-name art businesses such as Sotheby’s and Christie’s invest more into their digital strategy, they will become forces to be reckoned with. This is because they have long-standing legacies and are historically known to be specialists in the market—and therefore trustworthy—compared to start-up companies. Statistics reveal that 81% of current online art platforms believe there is likely to be more consolidation within the online art market, and 51% believe that this will take shape in the form of vertical mergers, where a major auction house will begin to operate in every sphere of the online and physical art market.[10] Unless a well-funded new company suddenly arises within the next few years to take over the market, for the time being, it seems like already existing major players will fight for this premier position. And who knows? Perhaps Africa will be the next to see a major blockchain-based art company change the international art world. With a technology as young and unpredictable as blockchain, the possibilities are certainly open.