The influences of African art on various artists and movements throughout history recount fascinating stories of cultural exchange, theft, homage and colonialism. In this series of articles, Inspired by Africa, we assess the ways that some of the most famous artists in the world borrowed from African art to create some of their masterpieces. For the third installation of this series, we survey the works of Henri Matisse, and the African countries he took inspiration from.

It has often been said that one interaction between Henri Matisse and Pablo Picasso transformed the course of modern art history: in 1906, Matisse showed Picasso a small African statue during one of the salons of Gertrude Stein. This sculpture was a Vili figure from the Democratic Republic of Congo, which Matisse had found at a bric-a-brack shop in the streets of Paris.[1] In the early 20th century, many similar objects—masks, sculptures, fabrics, relics—were brought from Africa to France due to colonial activity. These items, which are now housed and protected in major museums all over the world, were of so little value at the time, that they often ended up in pawn shops and curio shops. However this purchase shifted Matisse’s artistic vision, and consequently influenced the School of Paris artists in the early 1900s. 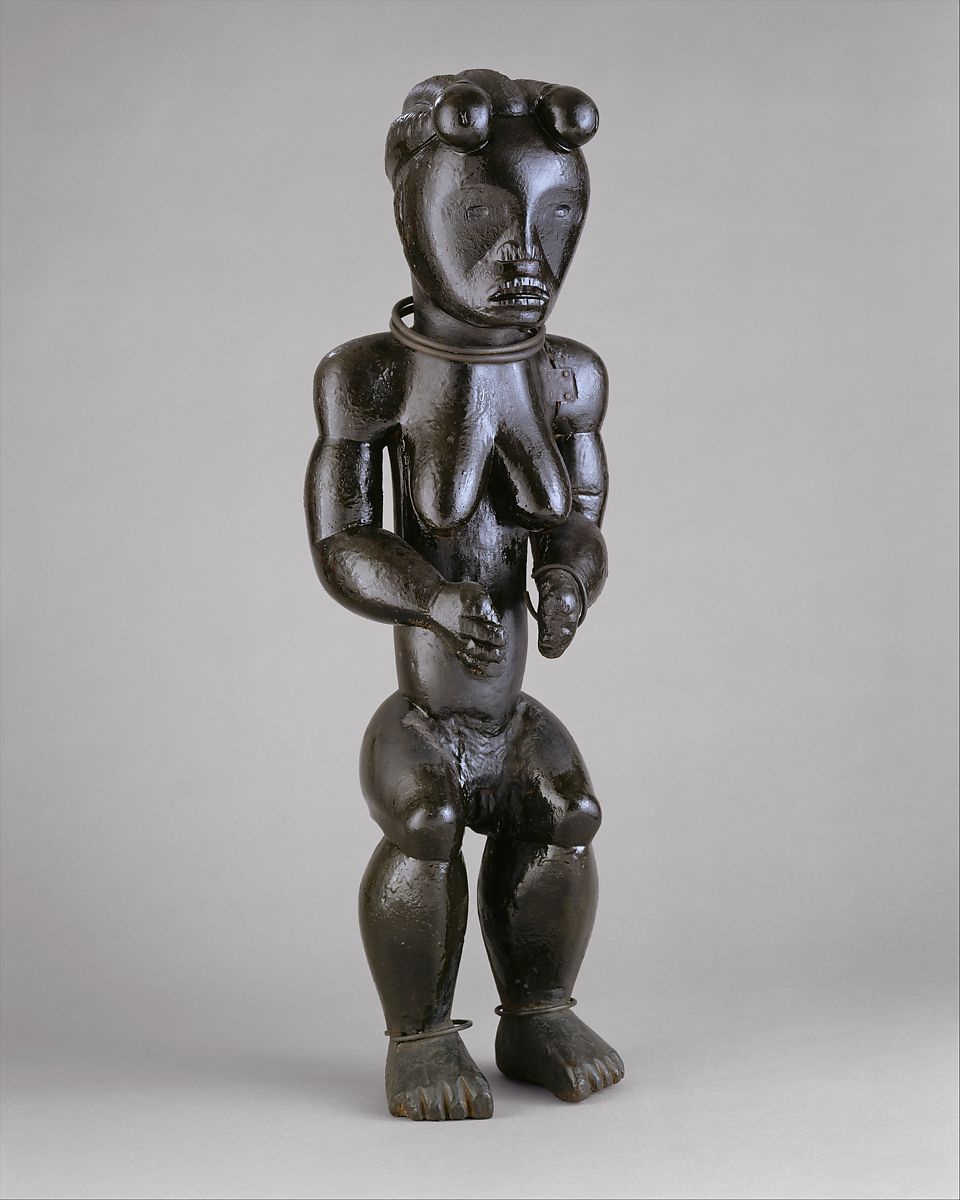 Vili, from the Democratic Republic of Congo

Around this time, in 1912-1913, Matisse had also made a trip to North Africa, and began to pick up inspiration from the various patterns, motifs, colours and forms that he found there. His visit led him to explore the subject of the Odalisque in his paintings as he enveloped himself within the Frenchman’s tendency of fantasising and eroticising about the harem. He thus propagated a stereotype of North African women: they were licentious beings that cared more for the desires of the flesh than for higher principles or teaching. In the history of Orientalism, this stereotype was constructed during Napoleonic occupation of Northern Africa in order to differentiate the region that was known as the ‘Orient’ as exotic and less civilised. Odalisque with Tambourine (Harmony in Blue) and Odalisque (Harmony in Red), both painted in 1926, are just a couple of the results of Matisse’s voyage. The bright colours, patterns and geometries in the background, and diaphanous, wispy clothing of the harem women depicted, were sourced simultaneously from what Matisse witnessed in Northern Africa, and from that which he wished to project from his fantasy.

Another prominent African-inspired feature in some of Matisse’s works result from his acquisition of Kuba cloths from the People’s Democratic of Congo. These rich, zig-zag pattern fabrics make a cameo in works such as Red Interior Still Life on a Blue Table (1942).[2] In other works, Matisse modified the facial features of his subjects to appear more mask like (as did Picasso) by making stronger demarcations of shadow and ridges in the face. Young Sailor II (1906) and Standing Nude (1906-1907) are clear examples of this.

Note the dates for each of these works. From the time of his initial acquisition of an African statue in 1906, to his trip to Africa in 1912 and beyond, Matisse used his inspirations from Morocco and from his collection of African objects throughout the course of his career. From his explorations of the ‘Oriental’ woman throughout the 1920s in his series of Odalisque paintings, to his incorporations of patterned line and decorative background detail in the 1940s, and even on to his collage and cut-out work in the last years of his life, the influences of African art and design made a lasting impact on Matisse. This, in turn, changed the scope of Western modern art, and led to some of the most radical art movements—fauvism, cubism, abstract expressionism—that we celebrate and enjoy even to this day.

This site has vibrant colorful art that is refreshing and inspiring ... Thank you.