Contemporary African Art: An Arena for the Creation of New Imageries.

What does the notion of ‘contemporary African art’ refer to today? We have previously published an article on the subject, but now we invite you to consider it from a socio-cultural and collective perspective. What is at stake when we frame or understand contemporary art practices within this concept? Undergoing relevant criticism, this notion still identifies a broad set of practices that have in common their concern to transcend the (danger of a) single story about ‘Africa’ so ingrained in popular culture, and to amend art history canons. Contemporary African art has always been a matter of its time, running parallel with the emancipation drive/calls of a post-colonial generation, refusing to be defined by the weight of the colonial legacy or understood through colonial readings. As such, it is in constant evolution and reflects the hopes and scenarios of a creative community that relates to Africa and its diaspora.

With two firm feet in the second decade of this century, artists, thinkers, curators, cultural practitioners, and anyone trying to come to terms with the notion of Africa outside its representational and colonial framework, must appeal to art’s visionary potential. Thought and art have never been exclusive – even more so in the present context. Achille Mbembe and Felwine Sarr, two prominent scholars and philosophers, have been the advocates of the creation of new (critical) train of thoughts, imageries and paradigms that allow the reinvention, repossession, and re-writing of African and black (hi)stories.

The contemporaneity of today’s practices lies in the decolonial spur that is driving many art and culture initiatives. Since its inception, contemporary African art has been a creative space where artists could question and offer new insights into the history of modern art and modernity. Africa and its diaspora’s aesthetic and cultural expressions have long been denied an influence in the unfolding of modernism. The works of artists such as Yinka Shonibare, Meschac Gaba or Ayana V. Jackson display a change of perspective and a ownership of narration that step away from a Eurocentric imagery of Africa, its cultures, artistic contribution and diaspora. 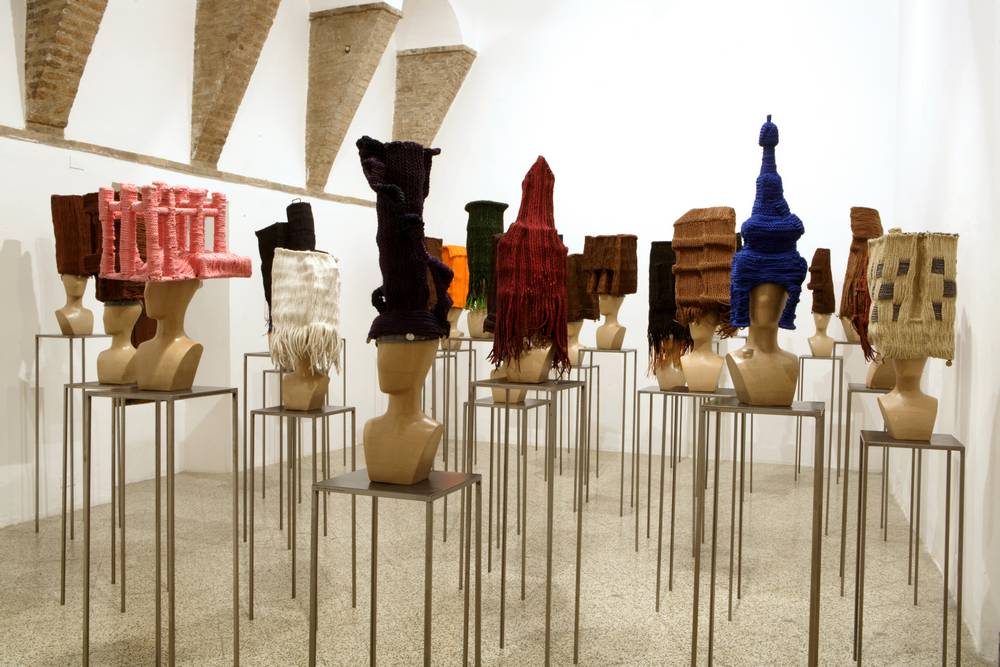 Back in 2017-2018, the 11th Edition of the Rencontres de Bamako (African Biennale of Photography) was titled ‘Afrotopia’ after the book of the same name by Felwine Sarr. More recently, the Africa2020 Season held in France and curated by N’Goné Fall, made sure to gather a variety of African voices, from different disciplines, backgrounds, and sectors of society, to collectively envision possible futures. The exhibitions, projects and meetings proposed in the context of this major event advance new discourses and (visual) rhetoric’s based on endemic knowledge – see exhibition L’Université des Futurs Africains. Contemporary African art is not deaf to voices calling for change, for an inward and rigorous perspective on Africa, and for a constitutional switch of perception on the Afro/African condition. The field has been a catalyst for such collective utopia and a platform where the reality and references could be questioned and potentially reconfigured. In a very explicit way, and as an example, the Swedish visual artist Nikolaj Jesper Cyon proposes a “map of an Africa that was or could have been if history would have played out a bit differently” – Alkebu-Lan 1260 AH. 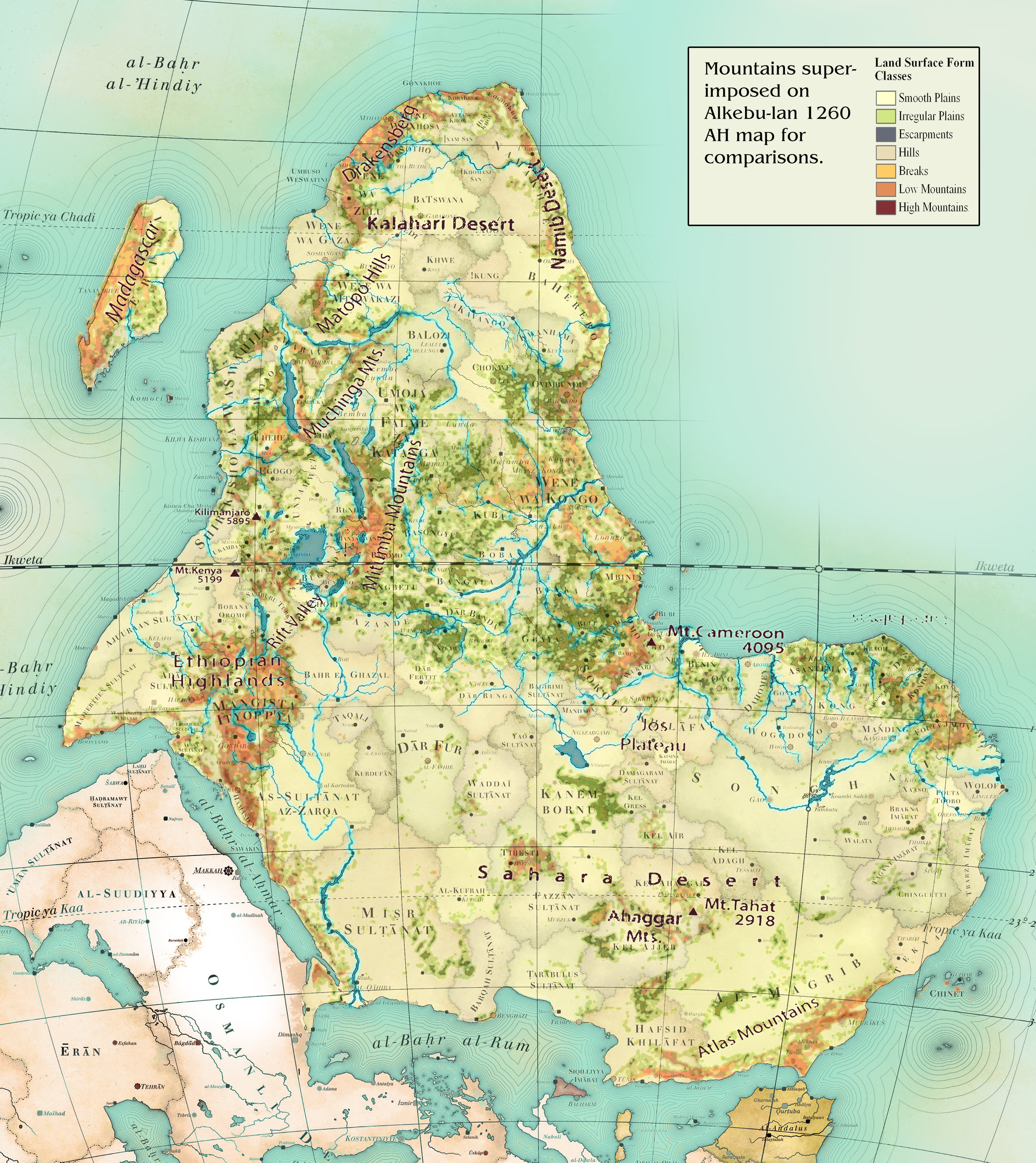 One undisputable point of the field’s agenda has always been to address the stereotypical and governing images that have come to considerably reduce our understanding of the African continent and its diaspora. As a result, contemporary visual culture has produced an aesthetic of character, pride, and dignity – overperformed in some respect. The affirmation and emancipation of the self that characterizes postcolonial visual outputs seems increasingly complemented with the exploration of indigenous practices, patterns, myths, and symbols. Such exploration translates the search for new references and forms of knowledge in which artists increasingly find inspiration. At a time during which we openly grapple with the course and bias of global history, contemporary African art becomes a site of remembrance, of re-reading of history, and of tangible future(s).

Sarr and Mbembe – among others – have stressed the importance of the arts and culture in the creation of spaces where the formation of new imageries and (cultural) paradigms can take place – notably through Les Ateliers de la Pensée that they have initiated together in 2016 in Dakar. Such spaces gather the richness, multiplicity, and diversity of creative expressions of Africa whereby ignored, innovative or synthetic forms of knowledge can be imbued. The outcome of these creative processes and inspirations allows for the re-imagining of the idea of Africa.

When referring to ‘contemporary African art’ let alone ‘African art’, we inevitably relate to a set of images, beliefs, names, or styles that in turn inform our understanding of the concept. Contemporary practices disturb such expectations by sharing their willingness to break with the ascribing burden conveyed by such denomination. With this posture in common, the manifold expressions and practices that relate to the concept of contemporary art of Africa and its diaspora display an uncompromising urge to go beyond mere representation. They ultimately offer new interpretations and readings of global reality. Critical and engaged in its foundation, contemporary African art is at a historical and socio-cultural moment in which it can play an influential role in uplifting our collective imagination. It is a fertile terrain for the iteration and formation of new/revived cultural references and knowledge that are essential to the progress, claims and aspirations of a whole community. Then, contemporary African art characterizes practices that can extricate from the pervasive and confining implications of the term’s colonial usage to create new and meaningful imaginative relations.